US continues to be the world’s largest commercial property market by transaction volume, despite dynamic fluctuations observed in recent years. That way, the total transaction amount in 2017 has come to $376b, around 8% less than in 2016. However, over the first three quarters of 2018, the investment volume in US property increased by 14% to $341b. The total transaction volume has risen by 10% year-on-year in 2018, according to estimates from JLL. The dramatic decline in investment coming from China most notably affected the commercial property markets of New York (where the total transaction amount decreased by 54%) and San Francisco (where it dropped by 52%), the two cities accounting for two-thirds of the total Chinese investment in US properties. 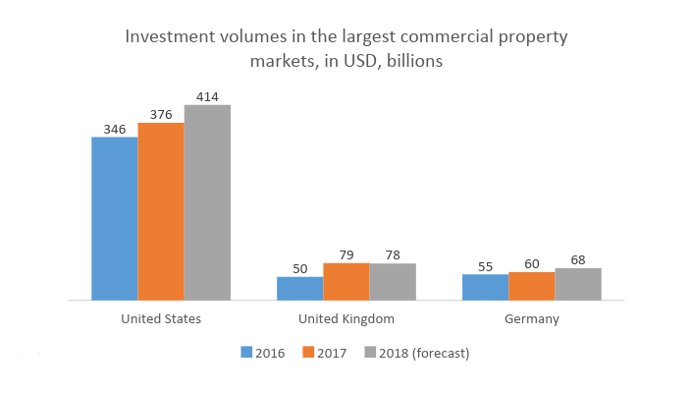